Skip to Content
Thank you for stopping by! This blog post reflects my first-hand experience. It may contain affiliate links and if you click and make a purchase through them, I may receive a small commission at no cost to you. The ads on this page help me keep this blog free and produce new travel content for you to enjoy. Full details in my Disclosure.
10 shares

It was early in the morning and I was at a small pebbly beach on the tip of France’s deepest and largest lake. Right in front of me and all the way to the horizon a blue mass of water flanked by green hills lay still only gently rippled by the breeze.

I could just about make the snow-capped Alps in the very distance. We had crossed them the day before on our way back to England after almost a year spent in Italy.

We were gearing up for another day of driving through France and a stop off at Lake Bourget seemed the ideal meditative experience to set us off for what lay ahead. 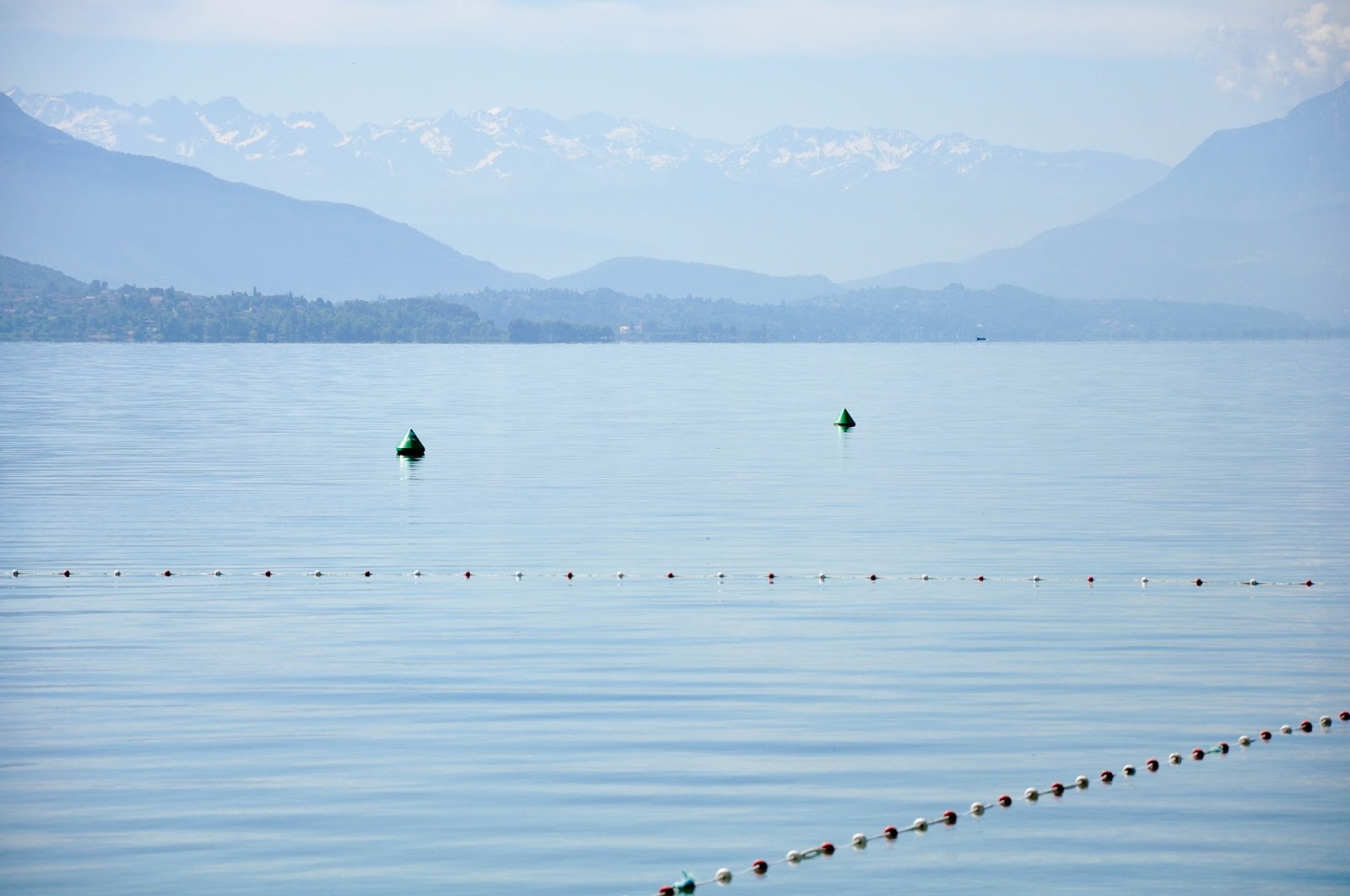 A gaggle of boats and yachts swung gently in the small marina to the right of us. 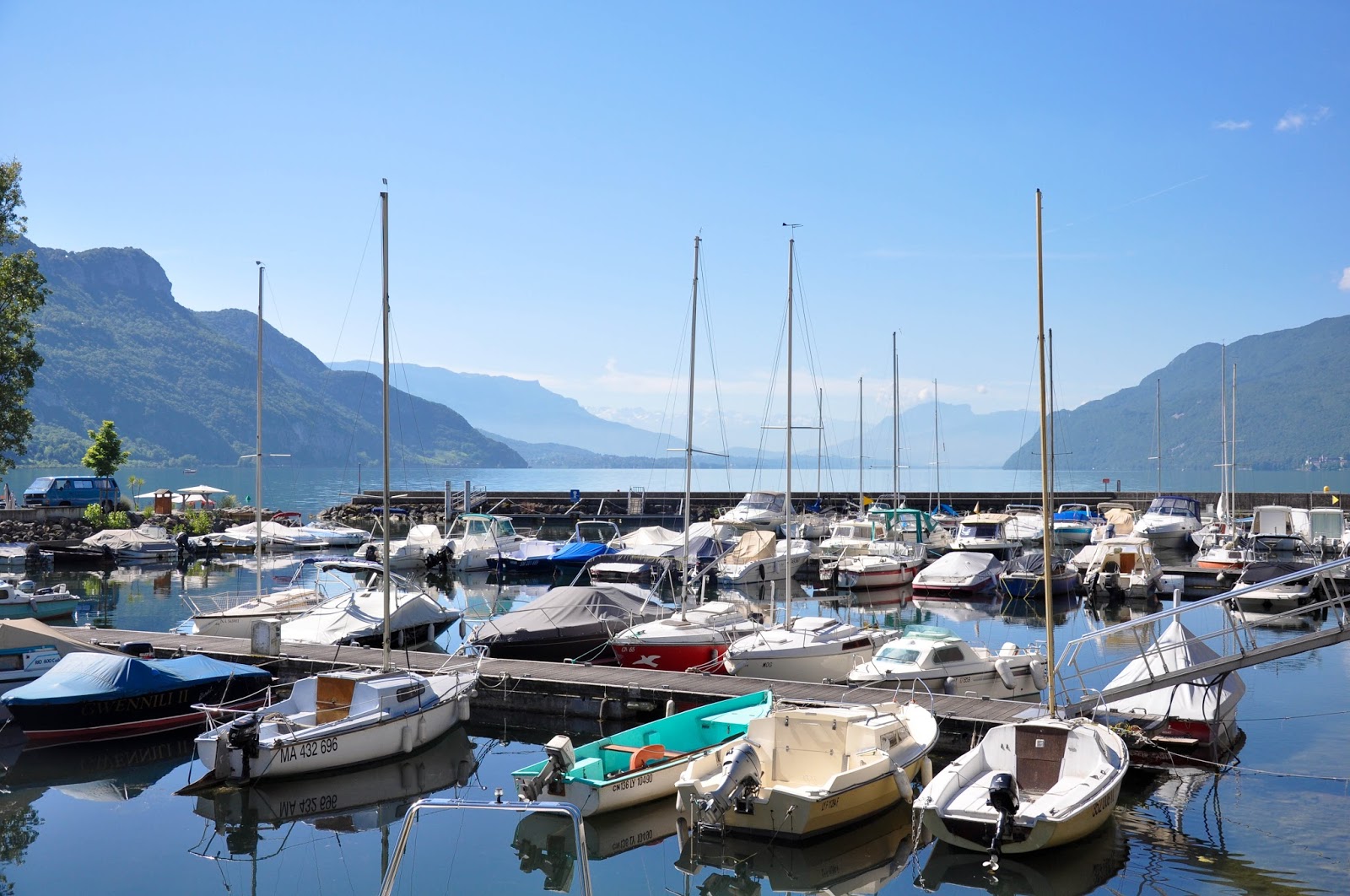 It was quiet and peaceful with the shops and cafes in the little village we were in still closed.

We had reached the shores of Lake Bourget the night before. We spotted its blue waters and the people walking on the promenade and taking a dip from afar and drove one third up the lake’s length to Aix-les-Bains.

The town used to attract the rich and the titled families of Europe with its thermal baths and even hosted Queen Victoria on three occasions. Nowadays it has lost quite a lot of its lustre though and, tired of our strenuous journey through the Alps, we took refuge in our hotel room and didn’t venture out to explore.

The morning came and, fortified by huge and crumbly French croissants and generous helpings of Nutella, we decided to skip the town altogether. Instead, we wanted to keep driving along the shores of Lake Bourget, find a quiet spot and simply spend some time enjoying the views. 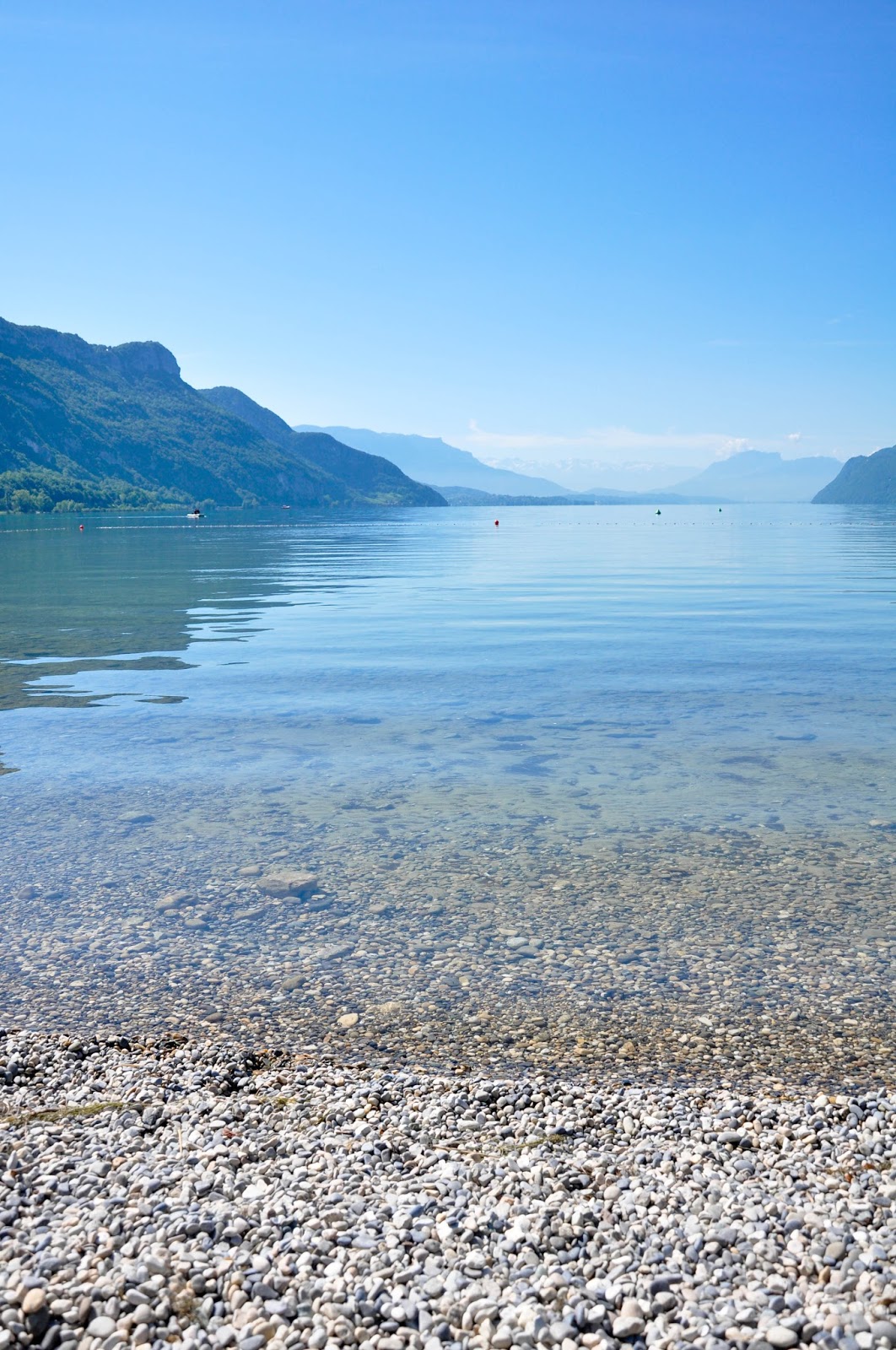 The road ran right by the edge of the lake. The views were, indeed, stunning and we marvelled at the beauty of the place.

The lake was narrow and long, reaching 18 km from end to end. Steep slopes held it tight between themselves. Its blue waters plunged to 145 meters at its deepest point.

A train line ran parallel to it crossing over the water at one stage to reach a small hamlet hidden in a fold of land cutting into the lake.

We tried to compare Lake Bourget (or the Grey Lake, as it is locally known) to other countries’ deepest and largest lakes we had been lucky enough to see with our eyes. It is never a good idea to compare such things though. We had to agree that Lake Bourget was not as dramatic in scenery nor as varied and picturesque in terms of towns on its shores as the Italian Lake Garda. Nor it was as mysterious and dark as the Scottish Loch Ness. It had its own charm though and I needed to find the right words to describe it in my mind. 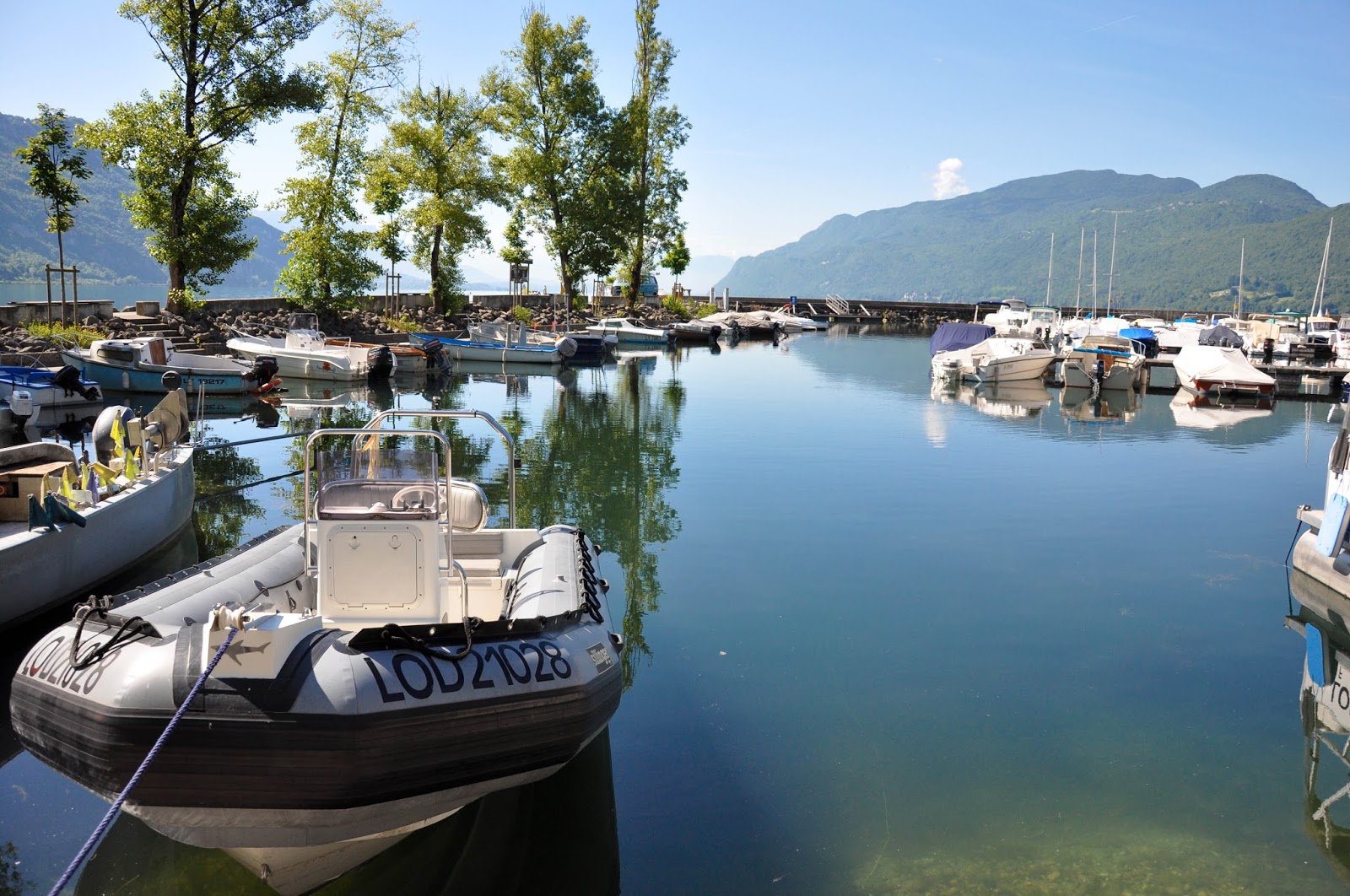 I thought long and hard. By that point we had reached the northernmost point of the lake. We sat on the small pebbly beach looking at the long body of water in front of us. 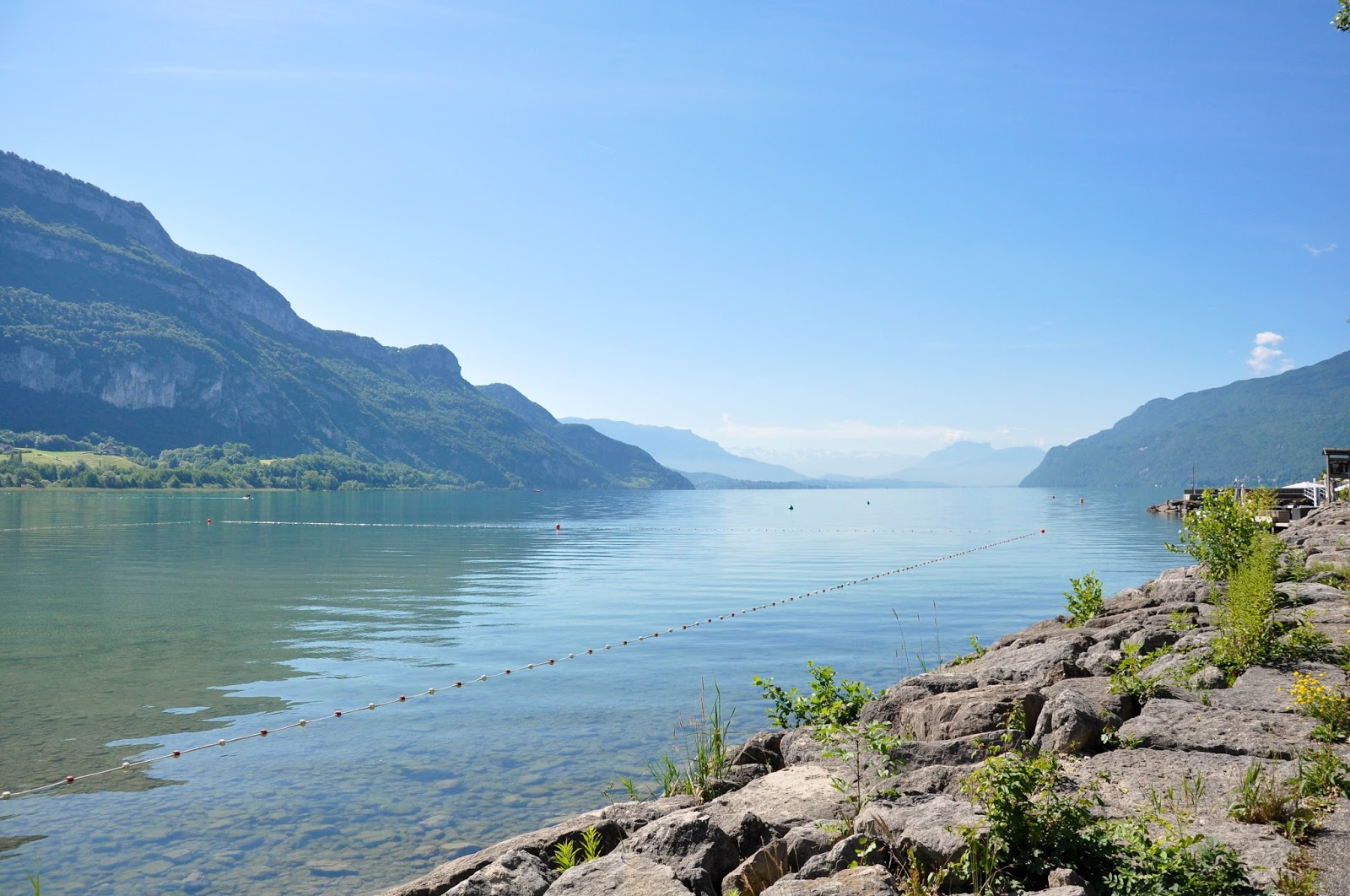 It was dreamy, quiet and peaceful. It was the sort of lake where you would want to rent a boat to glide on its deep waters and explore its green shores. 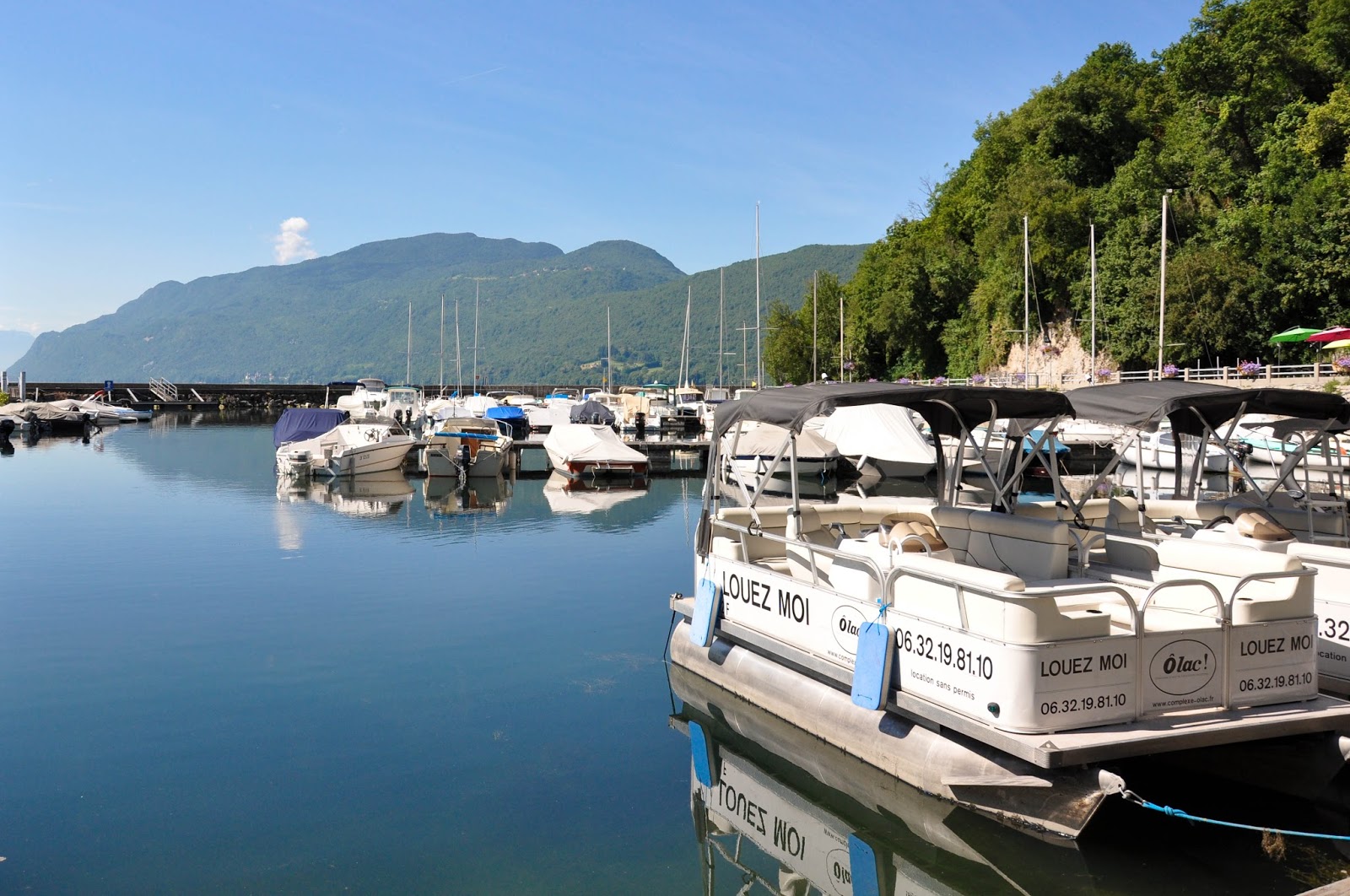 Where you would want to spend quiet time immersed in your own thoughts. It was the lake that made you look deep inside yourself.

This is how I saw Lake Bourget. Then it was time to pile back in our little red car and head to Dijon. 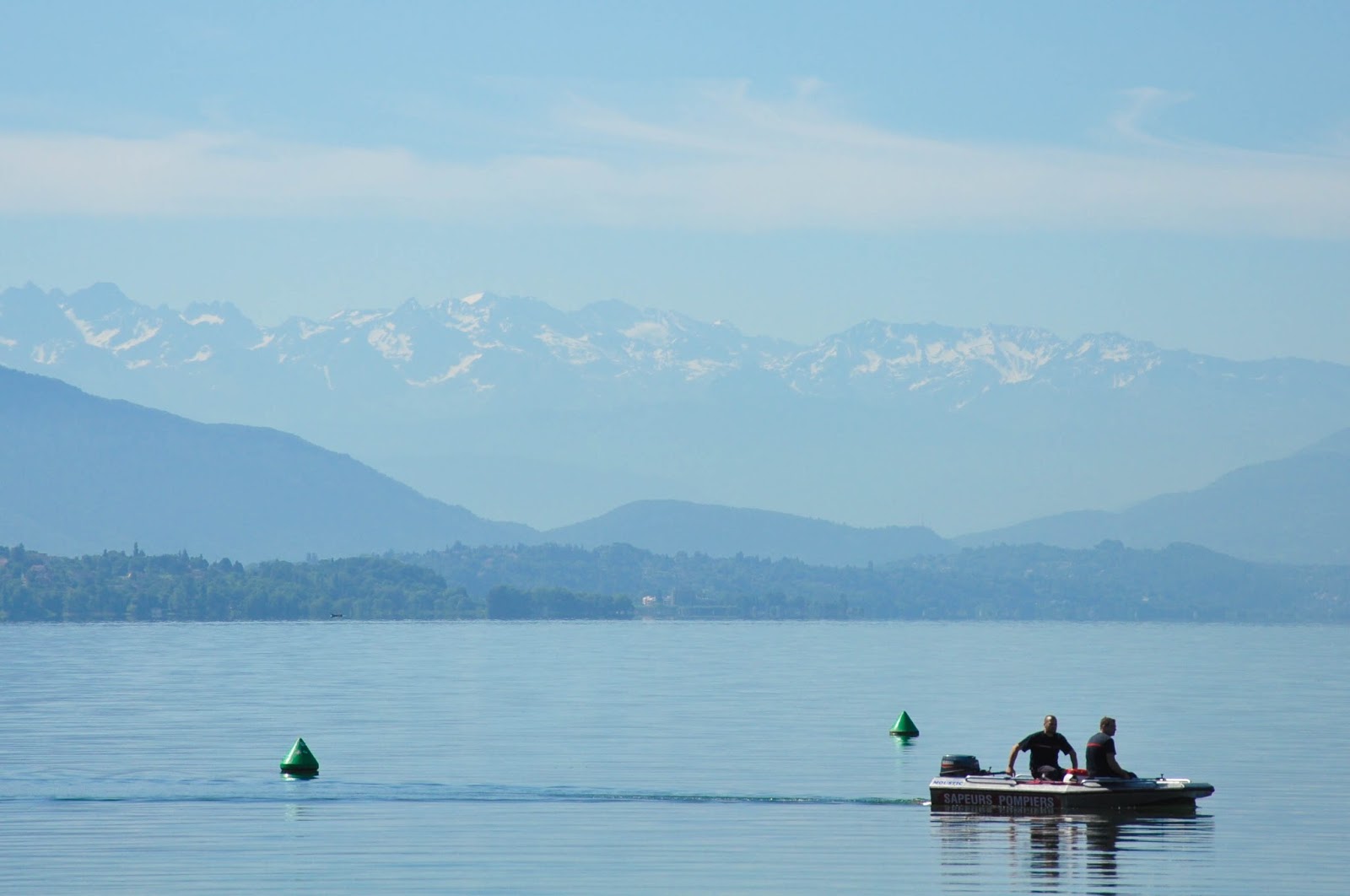 * Just to be precise, I need to let you know that Lake Bourget is either the largest or the second largest lake in France depending on season. It is the deepest lake located entirely within France. 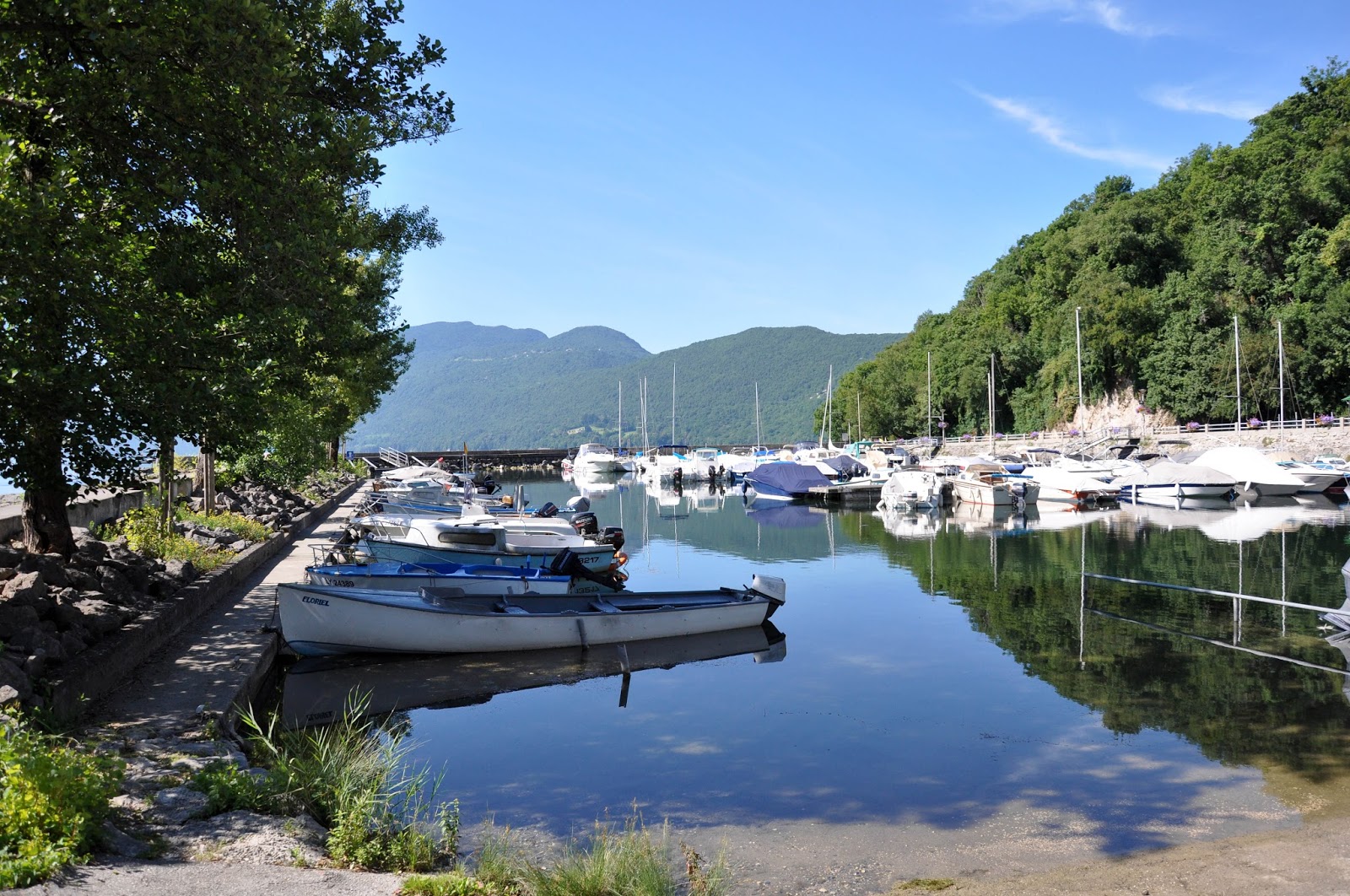