We had been promised inches-deep snow.

Instead the morning brought us rain. Torrential and unrelenting, by lunchtime it had drenched Vicenza to her gothic bones. And yet it wouldn’t stop. The sky had lost it and thick water curtains draped themselves around houses and squares. 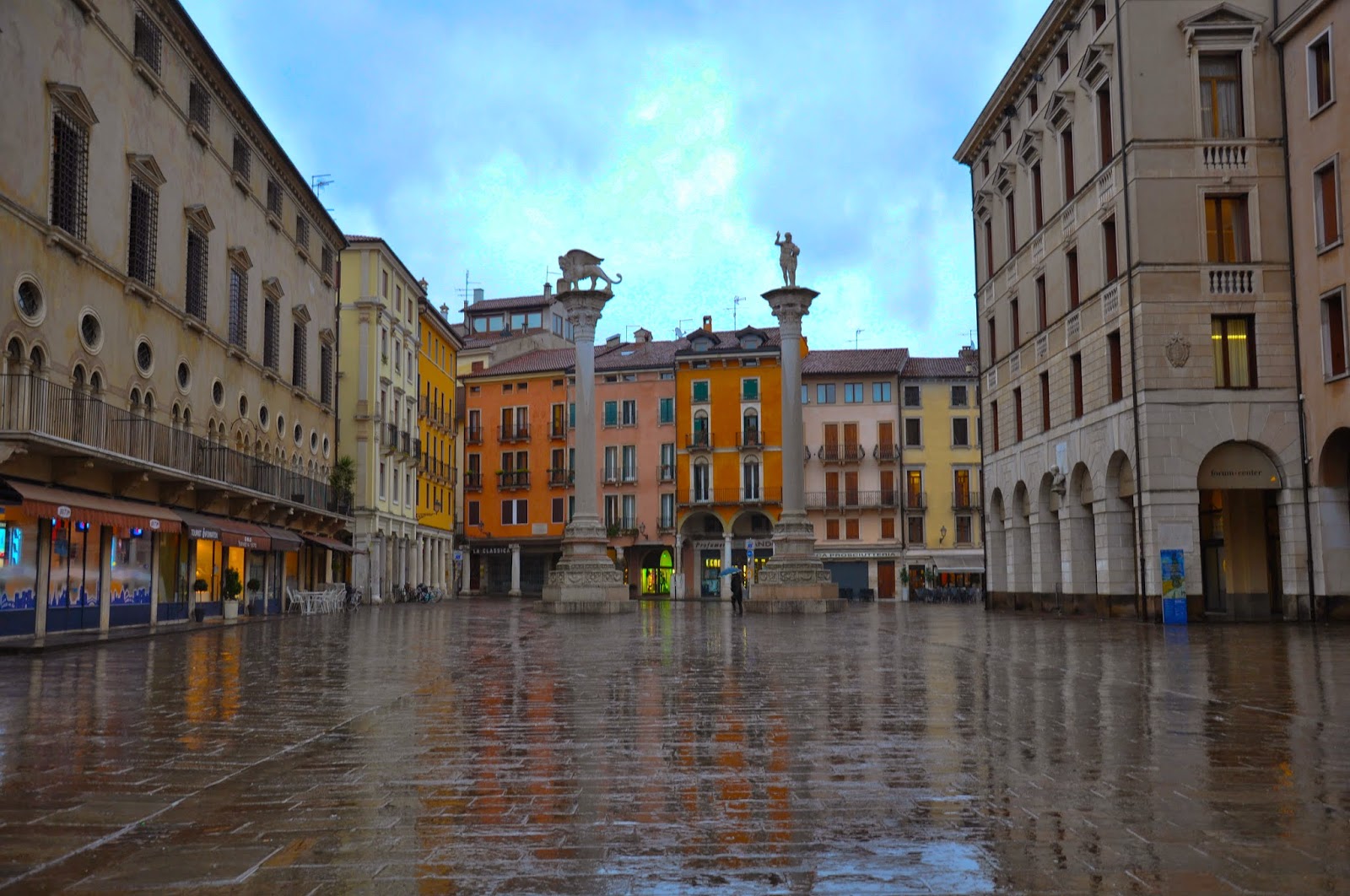 I used to love the rain as a child.

Come spring or autumn, my hometown of Varna would attract large clouds filled with rain. Just the perfect excuse for me to snuggle under a blanket and read, read, read. The drumming sound of the raindrops on the windowsill would only increase the sense of being cosy and often lull me to sleep.

I began to actively hate the rain after several years spent in England. Summer and winter got reduced to two weeks of respectively hot and cold weather. The rest of the year seemed to be drenched in rain.

It never seemed to stop. The sky was grey and being wet was such a normal state of body and mind, that rubber boots, which for me had always been a ludicrously ugly type of footwear only employable in a horticultural setting, were elevated to a fashion item with colourful designs lauded by all the glossy magazines.

To emphasise my cultural un-readiness for constant rain, my English then boyfriend (now husband) couldn’t stop marvelling at the fact that I didn’t possess any waterproof outwear at all. To remedy this one Christmas he gave me a sturdy waterproof jacket as a present and to this day to me this is the most thoughtful, loving and protective gift that he could ever come up with. 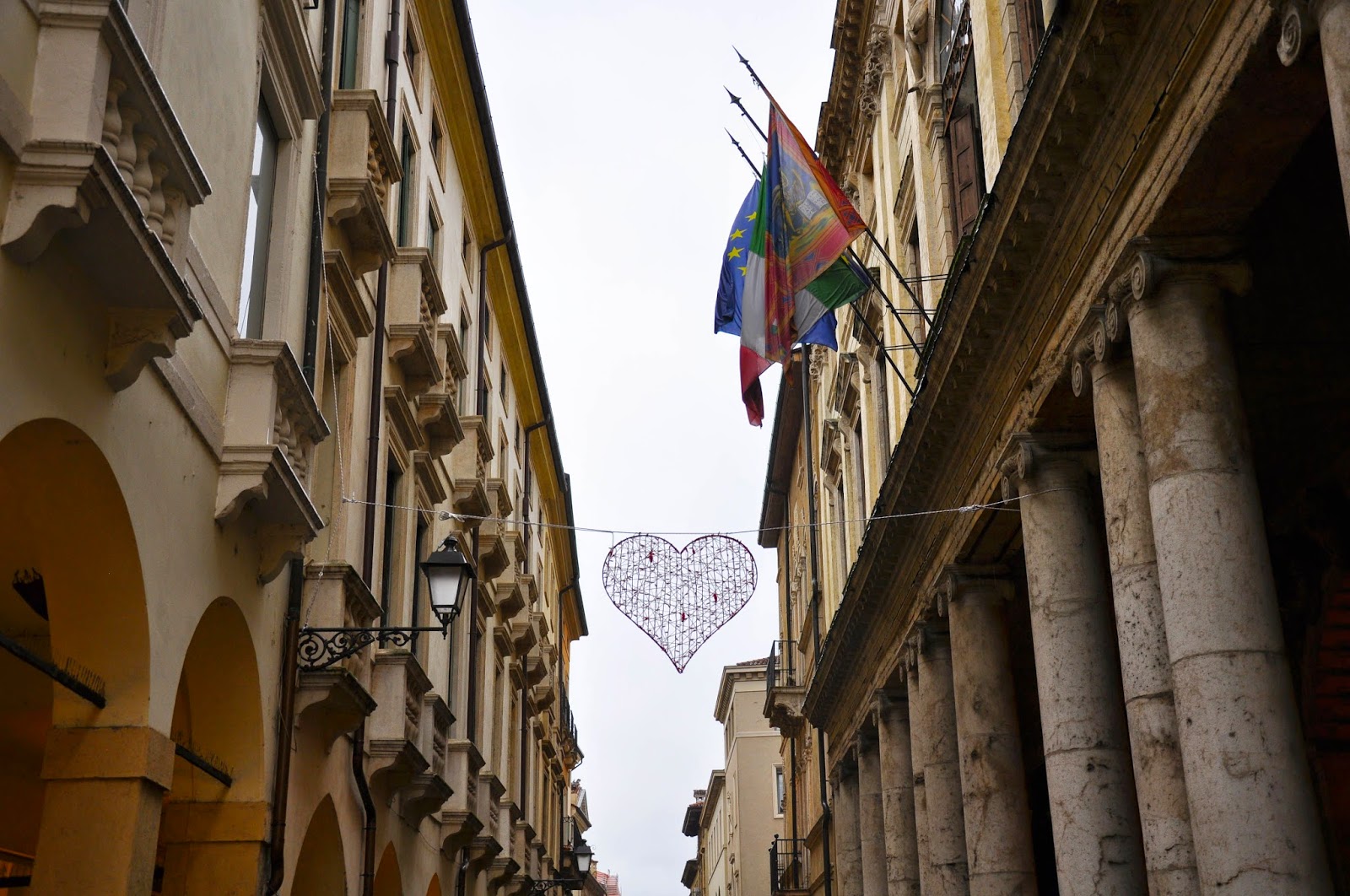 A funny thing happened after we moved to Vicenza in Italy.

I stopped minding it if it rained and rain stopped being such a big bugbear for me. Yes, the weather in this lovely corner of Northern Italy is a thousand times nicer than in my previous abodes of London and Kent. Yet, it still rains. Not every day and not all through the day, though. It’s spaced out and there is always a piece of blue sky even on the darkest and the greyest rainy day.

I feel like I have re-discovered my, if not love, then at least appreciation of rain.

All this water streaming down from the skies to wash away the layers of the past and to revive life.

So, hidden under my umbrella I ventured out of the house to explore Vicenza during the hours of the traditional afternoon break, when all shops are closed and streets are more or less deserted.

On this occasion the relentless rain was my only friend. It was quite cold and I got drenched, which made me think of two events in my life made memorable by rain.

In the first case I had come back home amid a torrential rain to see the ceiling of the spare bedroom at home leaking rapid streams of water from at least seven different points. The whole ceiling was swollen and with every minute passing it kept sprouting even more leaks.

Later it turned out that the lead flashings of the roof had been stolen by a gang wanting to sell them for scrap (as the price of metals had dramatically surged at that time).

The whole event was deeply traumatic for me.

The ceiling of the bedroom had to be pulled down and a new one put in. Above all, I developed a deep fear that the people responsible for the theft would attempt to come back.

For a while life was a scary place and at the end of the tunnel there was not much light.

Slowly I started to make changes in my life. Small steps growing into big actions that I had been postponing for a very long time. I managed to replace the fear and the trauma with some strength. It was very difficult at first. I felt lonely. At times I felt detached.

Thinking about it now, I see that the secret to pull through was never to stop. Never to stop doing things, making plans, getting on with life. It was like the water that was coming through the ceiling and making a mess of my house and my stuff, was a message that I needed to get a move, start acting and stop postponing things. A message that all security is relative and even in the comfort of our houses we are not protected from changes and the world. And when this happens, when your castle comes tumbling down, the only thing you can do is to build another one and carry on. 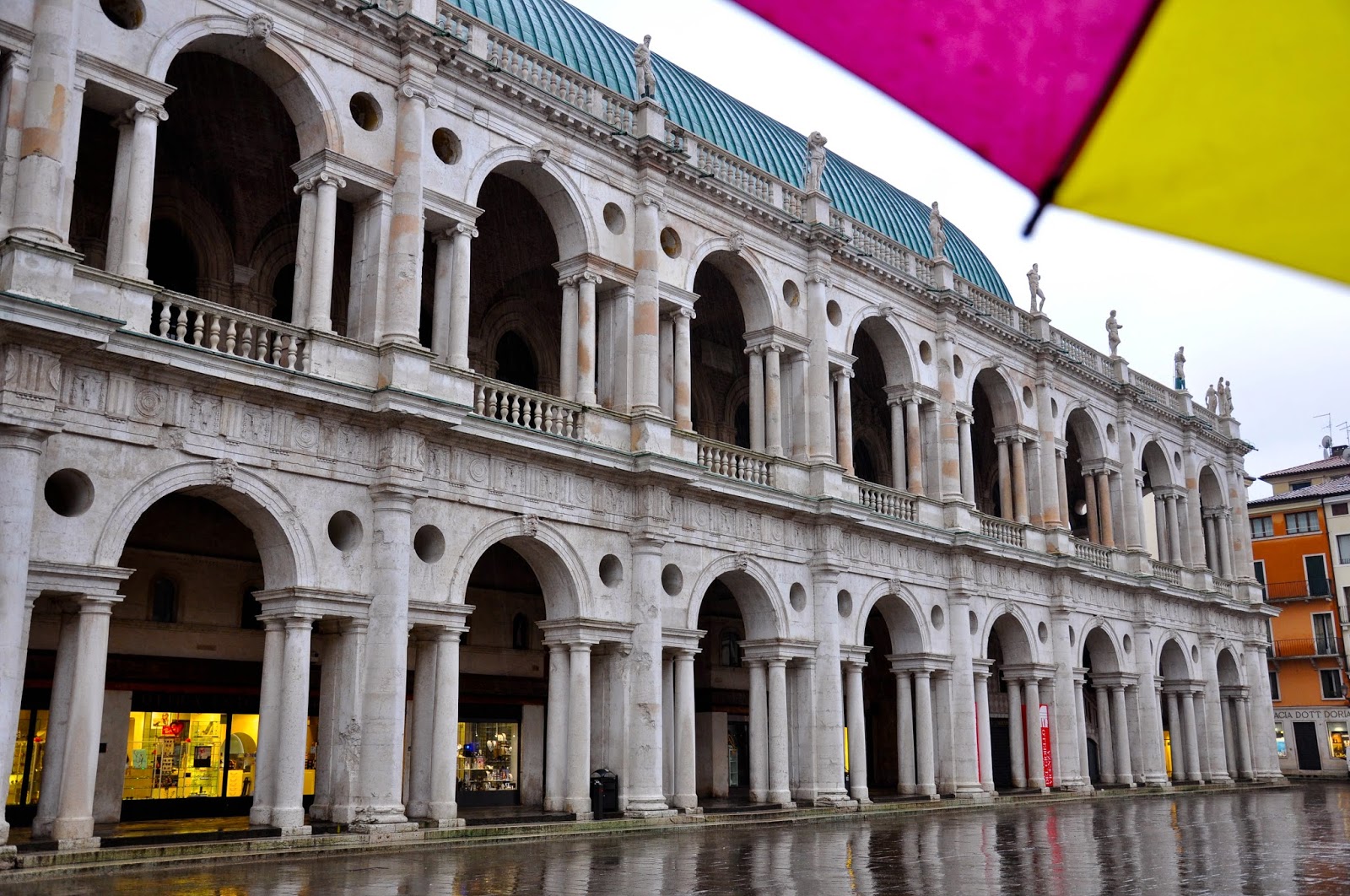 The second event was a happy one! We were in Venice for the Carnival and my fiance proposed! We were having dinner in a restaurant and were so happy ensconced in our little world.

Outside Venice was covered in snow and it was expected that aqua alta would reach a record meter and half above the level of the canals. We were half-way through our meal, when the restaurant’s owner addressed all diners and with a very worried voice asked us to hurry and eat, as he and his stuff were struggling to prepare the premises for such a large influx of water.

When we left, not only did we find ourselves in ankle-deep water on the street, but there was also an unrelenting cold rain. There was so much water in the canals that the gondolas were level with the highest points of the bridges. We had to cross four bridges to return to the hotel. We ran as fast as we could, slipping on the snow under the water influx, holding tight on the hand railings of the bridges and, in spite of it all, feeling happy and safe to be together in the rain.

In a way, it seems that water is a vehicle that takes us forward and no matter how cold or destructive it is, as long as we are still standing, we can get on with it and discover another little corner of the world to call home.